"The pilot enabled a greater number of women to earn a living and care for their families at home. Employment opportunities have increased as these women’s brands have gained publicity."

Ms Rene Wu, Head of the International Division at the Foundation for Women’s Rights Promotion and Development, Chinese Taipei. 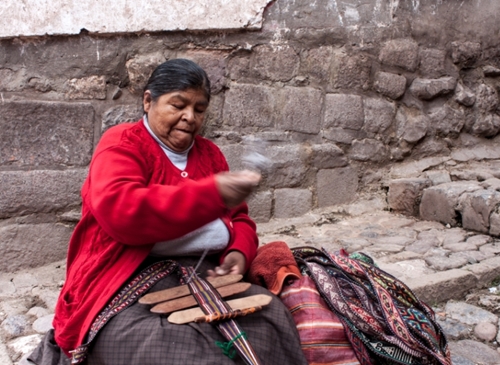 A deadly typhoon struck Chinese Taipei on 9 August 2009, devastating rural communities in the island’s south. Indigenous women were hit hardest, and many of them struggled to restore the micro-enterprises they relied on to support their families.

A year later, at the APEC Women Leaders Network meeting in Japan, a team from Canada invited Chinese Taipei to join Viet Nam, Peru and Chile in an APEC pilot project to help women-owned micro-enterprises gain access to global markets.

Known as the Women’s Micro-Enterprise Trade Network, the APEC project taught these women how to match their products to a foreign market and prepare them for export, said Rene Wu, Head of theInternational Divisionat the Foundation for Women’s Rights Promotion and Development, which helped coordinate, enable and educate the women producers in Chinese Taipei.

“More importantly, the pilot enabled a greater number of women to earn a living and care for their families at home,” Ms Wu said. “Employment opportunities have increased as these women’s brands have gained publicity and the spirit of the project has been disseminated.”

Globally, female-run micro-enterprises in remote, rural communities struggle to expand their markets beyond their villages because they lack links to international distributors. They also are not aware of new trade opportunities and lack understanding of the need to control product quality. This prohibits them from taking advantage of more open trade, and thereby boosting revenues.

The APEC project also engaged grassroots, non-profit groups, which provided training and outreach on both sides of the Pacific. The APEC project worked with the Mapuche Women’s Enterprise and Artisan Craft Association in Chile, the QillaMaqi in Peru, and the Center for Women’s Development in Viet Nam.

In addition to geographic isolation and lack of access to finance, many micro-enterprises offer the same products, which makes it hard to sell them domestically, said Andrina Lever, President of Lever Enterprises in Canada, who spearheaded the APEC pilot project. But there are potential markets for them outside their already saturated local ones.